Looking For Mrs. Peel: A Story of Family and Torture


Rate This. Season 5 Episode 3. All Episodes When a mad miscreant whips up a time machine, it takes The Avengers no time at all to show him the "era" of his ways. Director: John Krish. Writer: Philip Levene teleplay. Television Show Episodes.


English TV-series. Use the HTML below. You must be a registered user to use the IMDb rating plugin.


He had just photographed the corpses of demonstrators in Daraa province [where the first big peaceful demonstrations took place ]; this was in the first weeks of the civil war, in March or April When I was summoned to take the pictures, I could see what had upset him. The bodies were being stored at the morgue at Tishreen military hospital, not far from military police headquarters. In the beginning, they put a name on each corpse, but after a while — a few weeks or a month — it was just numbers.

At the morgue, a soldier would get the bodies out of the refrigerated drawers, lay them on the tiled floor so we could photograph them, then put them back again. Every time they called us for a photo session, a pathologist would be there before us. For the first few months they were low-ranking, but then they were replaced by higher grades.

When they arrived at the hospital, the bodies were marked with two numbers, written on sticky tape, or in felt tip directly on the forehead or the chest. The tape was poor quality and often peeled off. The first number was that of the detainee himself, the second that of the branch of the intelligence services where he had been imprisoned. The pathologist, who had arrived earlier in the morning, would give him a third number, for his medical report. This was the most important number for our files.

The two others might be badly written, illegible or simply wrong. Mistakes were sometimes made. The pathologist would write the medical number on a piece of card. He, or someone from the security services, would place it next to the corpse or hold it in his hand while we took the photo. Those are the hands that you see in the photos that I smuggled out. The pathologists were our superiors. When one of them gave us an order, we obeyed.

The bodies were grouped by branch — for example, there was one place for Branch of military intelligence and another for the aerial intelligence branch. That made it easier to take the photographs and file them afterwards. I had never seen anything like it. Before the uprising, the regime tortured prisoners to get information; now they were torturing to kill.

Some people had deep cuts, some had their eyes gouged out, their teeth broken, you could see traces of lashes with those cables you use to start cars. Sometimes the bodies were covered with blood that looked fresh. It was clear they had died very recently. I had to take breaks to stop myself from crying.

Really, I was terrified. The things I had seen during the day kept coming back to me. I imagined my brother and sisters becoming these bodies. It was making me ill.

Caesar wanted to quit his job, he wanted to defect. Sami, a construction engineer, was a long-time family friend. The two men had known each other for over 20 years, but under the regime, there were things no one talked about: no one criticised the system, not even to close family or friends. None of them has died of natural causes.

And there are more of them every day. Sami was painfully aware of all the violent deaths that had gone unreported in Syria over the years. He persuaded Caesar to carry on in the job, since he was in a unique position to collect proof from inside the system.

He promised to support him, whatever happened. For two years, the young photographer risked his life copying the thousands of photographs of detainees that we can now see on the internet and in the Holocaust museum in Washington DC. Before the civil war, there had been torture in Syrian prisons. Prisoners talked about it after their release. The regime intended these accounts to be told and retold; they wanted them to serve as a warning, so that terror would seep into every household. These pictures, taken in the dungeons of military hospitals, are irrefutable proof of brutality.

Compared to the emotional amateur films made by freedom fighters in city streets, these official documents freeze the blood. At one point they started sending bodies to Mezzeh military hospital, which is much bigger than Tishreen. Its official name is Hospital While Tishreen was a five-minute drive from our office, it took half an hour to get to Mezzeh. It was easier to photograph the bodies at Tishreen because they were sheltered from the sunlight, in the morgue or, when that was full up, in the corridors.

At Mezzeh, they were dumped outdoors, on the ground, in one of the garages where the cars were serviced. The hospital is at the foot of the hill where the presidential guard is based. The presidential palace is just behind and above it. 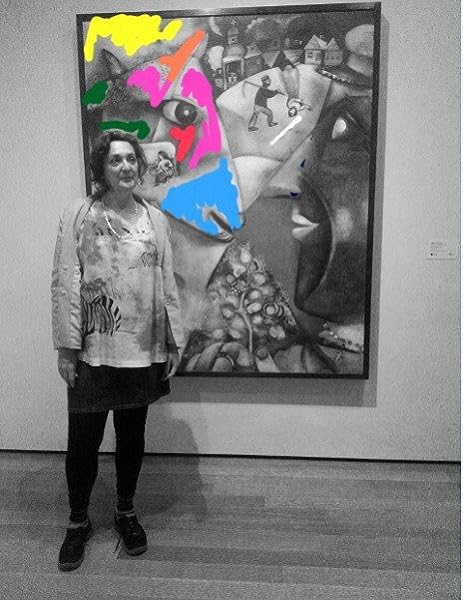 As well as photographing the bodies, my colleagues and I had to create files for them. We had to print the photos, sort them by category, stick them on cards and file them. It was methodical work — one person printed the photos, another stuck or stapled them, a third wrote the reports. Our superiors signed them and we sent them to the military courts. Afterwards, we continued the same work, on civilian corpses. The numbers increased, especially after The work was non-stop.

The bodies are piling up! Come on, hurry up! There were always more corpses, and defections in our unit meant that there were fewer of us left. The bodies rotted. Other times, insects attacked their skin. And the smell We had to find a way to deal with it, and then it became part of daily life. We worked from 8am to 2pm, then we had a break until 6pm or 7pm, before going back to the office until 10pm. We knew there would be more bodies to photograph the next day. Several times a week, I took the photos to Sami.

I was terrified. No sooner had he taken possession of the satchel, however, but he is knocked out and the papers stolen. A new company is out there offering the unprecedented opportunity, if the price is right.